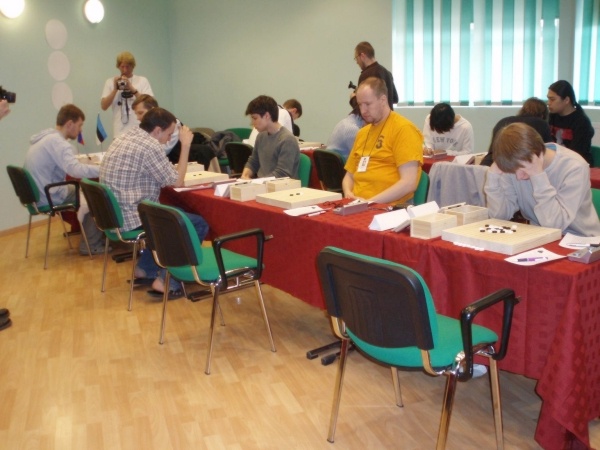 The last round of the Team World Championship, Tallinn 2006. Estonia and Russia are fighting for the first place. At the nearest table you can see Aivo Oll deeply thinking, head between hands. His opponent Yulia Savrasova is taking a walk in the tournament room somewhere. Next to Aivo there is Ants Soosrv in orange color shirt. Next to that there are Konstantin Chingin and Tunnet Taimla, playing the same opening as Ants and his opponent Sergey Artemyev. On the first table, the leaders of both teams are playing - Vladimir Sushkov vs Ando Meritee. Alexey Skuridin is recording the game behind them with the video camera. Eventually Russia won the match with the score 4.5 : 3.5 and became Team World Champion while Estonia became 2nd.