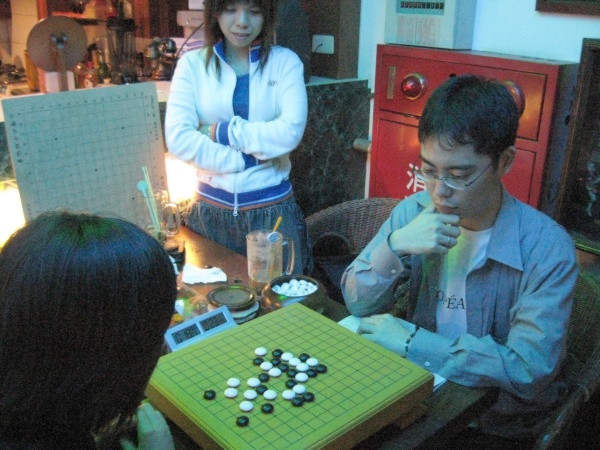 Mr. Okabe is playing a game with Laney in Taipei renju meeting in November 2007. After a long and even fight, Okabe succeeded to win the game. As a gentleman, he swapped the clocks when Laney had used up most of the thinking time.

Behind, Yang Hsiao-Yu is standing and observing the game.