Pu, Park and someone 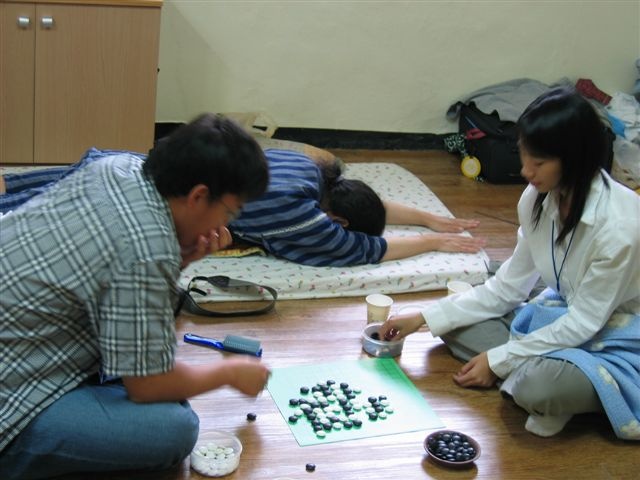 Pu and Park were analysing about their game in "international exchanhing room" in Asian Championship. And someone were dying behind them. 2006 Korea