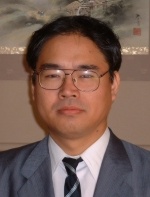 He started to play renju in 1976, improving his level by playing games and solving problems.

The year after becoming Japanese Meijin first time, he represented the Japanese in the World Championship and got the World Champion title in 1997 in St. Petersburg, Russia. Without a doubt, he is one of the world's best players today!