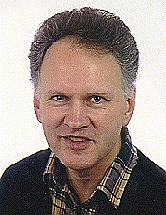 Tommy Maltell has been a very important person spreading renju in Europe and helping European renju to unite with Japan renju. He was the founder of Renju Club in Jonkoping, Sweden, in November 10, 1980. His dedication to renju and continuous efforts allowed the club activity to keep going and it attracted more players to join, such as Peter Jonsson and others.

In 1982, the renju club made a big step forward and it hosted the first Swedish Open International Championship. Japanese players joined this competition.
In 1983, Tommy Maltell visited Japan. That was probably one important step that prepared the ground for future RIF. In 1988, in Sweden, Tommy Maltell made the greatest effort - he was the host of the meeting that was the beginning of Renju International Federation which consisted of three member countries who were present in that meeting - Japan, Sweden, USSR.

Tommy Maltell was chosen to be the President of RIF. He was surely an experienced leader, a good communicator, and true fan of renju with good faith in its future. Everybody respected him a lot. With his leadership, the renju started to spread well and became more popular.

Tommy Maltell, being one of the pioneers in Internet field, he opened the RIF Website in early days of Internet era, in 1994, while many people could not imagine the potential of Internet and its importance in spreading renju all over the world. But Tommy knew it. He put a deep focus on Internet related issues, such as Website, newsletter by email, supported the birth of the Internet version of Renju World Magazine, etc. Only today we can fully understand how right he was and we must be so thankful to him for his work! Without Tommy Maltell, it is very likely that renju would not have grown to be a popular game outside Asia.

Tommy Maltell was the great renju pioneer of renju for two decades. He retired from the post of RIF President in 2001 by his own will. After 20 years of biggest work for renju, he made a step back to take a rest from his wonderful work. He is not active in renju area these days, but the whole world admires him, and talks about him, and remembers the good old times about him, and most importantly - everybody is waiting Tommy Maltell to return to the world of Renju again. Great people will never be forgotten!! Thank You, Tommy!