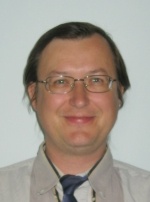 Mikhail Kozhin: "When I was at school, I liked to take part in various competitions; for example - soccer matchs or olympiads in physics. Once I have read in "Kvant" magazine about a competition in renju problems and of course sent solutions. After half a year, when I forgot about it, I`ve received an invitation to the Championship of Kirov region. My friend Alexander Shevnin and I came, saw, won - and both got invitations to the All-Union Festival in Moscow. It was 1 April 1984 - that`s my birthday as a renju-player."