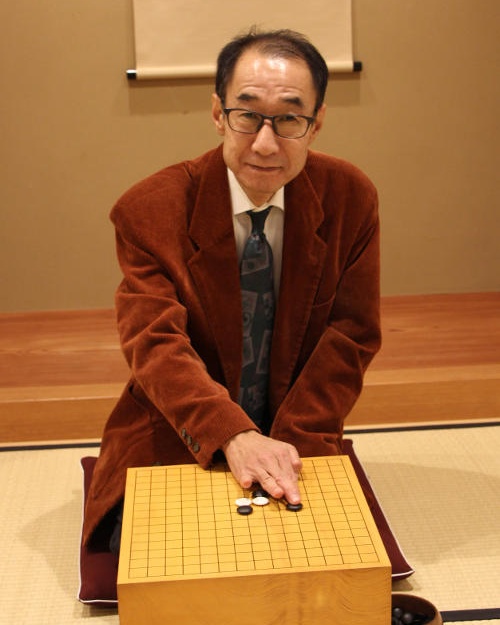 Shigeru Nakamura is the greatest legend of renju, most certainly. He became the best player of Japan in very young age. Already in 1975 he got the first Meijin title. Since then, he has gotten the Meijin title 29 times!!

His play style is so impressive and so much different from any other Japanese masters. That is the key of his success. He uses risky, aggressive but yet so well-calculated moves in his games. It forces opponents into a hopeless attacks which usually fail in the strong grasp of Nakamura.

During the first two World Championships (1989, 1991) Nakamura proved to the whole world that he is just as good as the legends say - he did not get any losses in those two competitions. He only made 3 draws and won all the other games. After that, he distanced from renju for several years. He made a short come-back for 4 years (1998-2001) and got the Meijin title all those years. After that he withdrew himself from Meijin-sen competitions, and now plays only occasionally in local tournaments in his city.