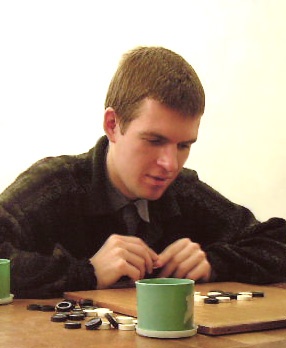 Vladimir Sushkov is probably the most famous Russian renju player today. His renju skill and style are most remarkable! He can put a big pressure on his opponents, by playing the variants which are seemingly risky, but yet under his control.