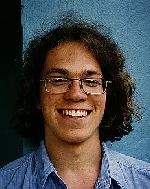 Tuvikene: "I always remember one tournament in Moscow. We were there with Ando. I played well and was finally sixth. But one game is still on my mind when I think of funny happenings in tournaments. I was playing with A. Mikhailov and he had only about ten minutes left to make his last moves. But I had about an hour. So I didn't rush too much. The board was almost full and I desperately wanted to win. I knew that my only chance is to fool him somehow. He was a smoker (maybe still is) but he couldn't smoke in the playing room. His hands trembled more and more and my chance to win rose. So when I had about 10 minutes left I made my move or two and he got fooled. 120 moves were made and I had to show my win but it seemed that nobody was interested. Finally there was a referee and my job was done. My opponent ran out and smoked at least three sigarettes. I still laugh at this sometimes. "